Worth driving to: St. Francis of Assisi Chapel, Warner Springs, CA
Historic church has limited Masses but is always unlocked and available for prayer

Mass times Tuesdays, 11 a.m. (with rosary at 10:30 a.m.).  By permission of the bishop, Sunday’s liturgy is offered Tuesdays for the few residents who remain in Warner Springs.

Names of priests Fr. Timothy Deutsch.  Fr. Deutsch is originally from the Diocese of Duluth, Minnesota, and came to the Diocese of San Diego for health reasons.  He serves as pastor of St. Elizabeth of Hungary Church in Julian, and comes for weekly Mass and to preach.  He is popular with his parishioners.  He also serves the Santa Ysabel Indian Mission.

Special parish groups and activities At one time, there was a ministry to create blankets and other items for children in Mexico.  However, as the congregation has aged, this ministry has become inactive.  One nice feature about the church, however, is that it is always unlocked and available for prayer.

Music No instruments, the congregation sings.

Fellow parishioners This chapel originally served the local Indians in the area, but few remain.  About a dozen come from Mass, mostly older, long-time residents.  Some drive in from the Temecula area.

Parking Ample parking around the church.

Additional observations  St. Francis of Assisi Chapel is a historic church located in the Diocese of San Diego.  It was built by Cupeño Indians in 1830 under the direction of the Verona Fathers from the Santa Ysabel Mission.  Its wood and adobe came from the surrounding areas.  There is a cemetery 500 feet behind the chapel and it contains the remains of the Indians who once lived in the region.  At one time, within walking distance of the chapel, the Warner Hot Springs was in operation and drew many tourists.  They bathed in the hot springs, enjoyed golf and tennis, and ate at restaurants in the area.  The chapel also drew large numbers of tourists at that time.  However, Warner Hot Springs closed a decade or more ago, and much of the local economy has shut down, and few now attend the chapel.  The chapel’s walls are four feet thick and keep it cool in the summer, however, during the winter it can get cold.  Special features include beautiful artwork, including religious frescos on the walls by the altar created by a Disney artist who once lived in the area.  There is a large crucifixion painting behind the altar, and the altar rails still remain.  There is also a baptismal font which originally came from the Santa Ysabel mission.  There have been no baptisms in recent memory, however, there are occasional weddings and funerals.  Exterior features include a bell rock tower with a St. Francis statue, built by a local Indian in 1945.  The property is not owned by the Diocese of San Diego, but by the Pala Indians. 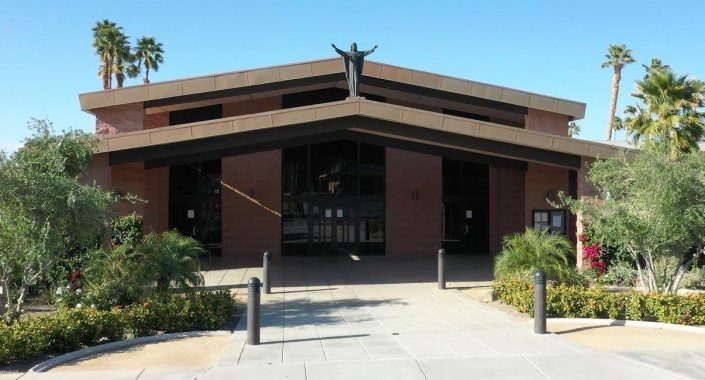 Worth driving to: Sacred Heart Church, Palm DesertParish has old ties to Catholic celebrities and a Former Anglican priest as pastor

Worth driving to: Sacred Heart Church, Palm Desert
Parish has old ties to Catholic celebrities and a Former Anglican priest as pastor 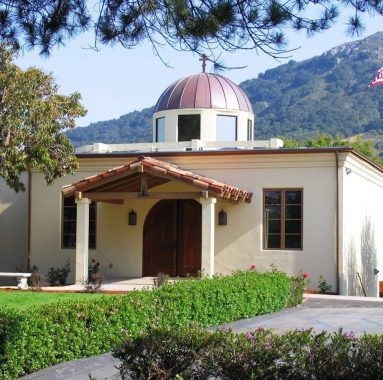 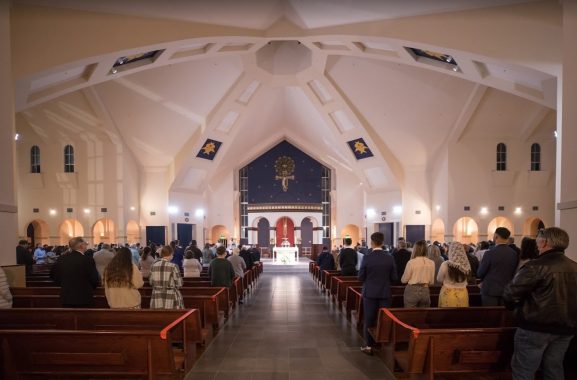 Worth driving to: St. Margaret Church, OceansideChurch has reverent Masses and a good homilist

Worth driving to: St. Margaret Church, Oceanside
Church has reverent Masses and a good homilist 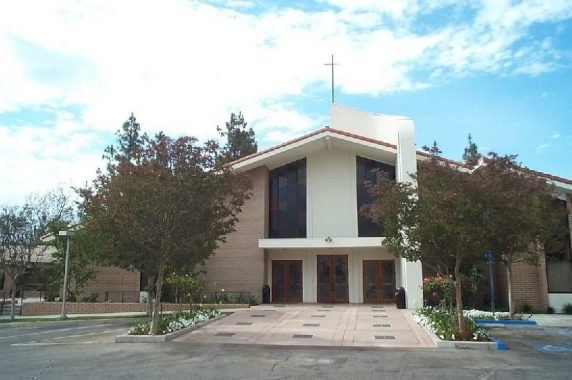 Worth driving to: St. Paschal Baylon ChurchPerpetual adoration chapel is open to the general public

Worth driving to: St. Paschal Baylon Church
Perpetual adoration chapel is open to the general public 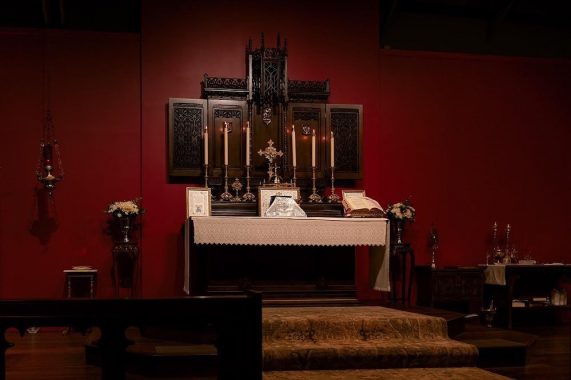 Worth driving to: Holy Martyrs Church, MurrietaChurch of the Personal Ordinariate of the Chair of St. Peter; Mass is celebrated in English and ad orientem

Worth driving to: Holy Martyrs Church, Murrieta
Church of the Personal Ordinariate of the Chair of St. Peter; Mass is celebrated in English and ad orientem 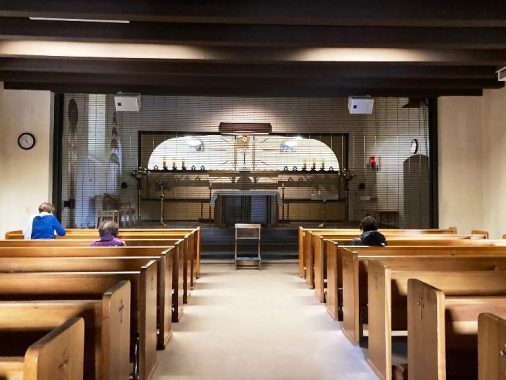 Worth driving to: Monastery of the Angels, Los AngelesHollywood Hills monastery has three remaining nuns

Worth driving to: Monastery of the Angels, Los Angeles
Hollywood Hills monastery has three remaining nuns