Not just a photo op 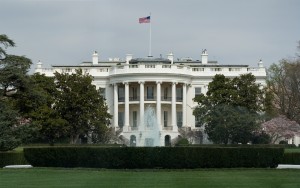 The following comes from a September 21 Washington Times article by Jessica Chasmar:

The Vatican is reportedly offended by the Obama administration’s decision to invite LGBT activists to the pope’s welcoming ceremony in Washington D.C.

On Wednesday, Pope Francis will be greeted on the White House lawn by Mr. Obama and thousands of guests, including Mateo Williamson, a transgender Catholic, Vivian Taylor, a transgender Episcopalian, and Gene Robinson, an openly gay bishop.

According to a senior Vatican official, the Holy See worries that photos of the pope with these guests could be interpreted as an endorsement of their activities, The Wall Street Journal reported.
“The tension exemplifies concerns among conservative Catholics, including many bishops, that the White House will use the pope’s visit to play down its differences with church leaders on such contentious issues as same-sex marriage and the contraception mandate in the health care law,” The Journal reported.

Mr. Robinson, the first openly gay Episcopal bishop in the U.S., blamed “conservative reactionaries” in the papal circle for what he called the “kerfuffle” over the guest list, The Telegraph reported.

“I find it really hard to believe that Pope Francis would be too concerned about one gay guy and a feisty nun in a crowd of thousands,” he said. “For Pope Francis to be upset or angry at the guest list goes against everything we know about him.”

Also in the crowd will be Sister Simone Campbell, a nun who lobbied for Obamacare despite objections from Catholic groups that it would provide funding for abortion and contraception, The Telegraph reported.