Broad support against forcing pro-life centers to advertise for abortion 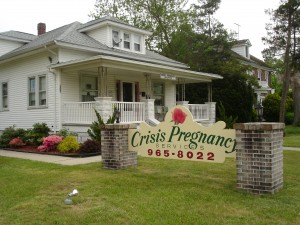 Twenty-two states, 144 members of Congress, and numerous organizations concerned about government-compelled speech have filed friend-of-the-court briefs with the U.S. Supreme Court in National Institute of Family and Life Advocates v. Becerra. The lawsuit is challenging a California law that forces pro-life pregnancy centers to provide free advertising for the abortion industry.

Alliance Defending Freedom attorneys represent pregnancy center network National Institute of Family and Life Advocates and two of its centers, which filed their opening brief in the case last week.

“As the many briefs filed in this case affirm, no one should be forced to provide free advertising for the abortion industry—least of all pro-life pregnancy centers,” said ADF President, CEO, and General Counsel Michael Farris, who will argue the case before the high court on behalf of NIFLA and the two centers. “Government-compelled expression strikes at the very heart of constitutionally protected liberties.”

The U.S. Court of Appeals for the 9th Circuit upheld a federal district judge’s decision to allow the law to remain in effect while the legal challenge to it proceeds. ADF attorneys are asking the Supreme Court to reverse the ruling, halt the law, and affirm that forcing the centers to provide the free advertising contrary to their core mission is a violation of their constitutionally protected freedoms.

In addition, the brief that 144 members of Congress filed notes, “It is well-established that the First Amendment proscribes compelled speech in non-commercial contexts. This is especially true in cases like this one in which the state forces conscientious objectors to carry messages that offend the speakers’ moral convictions.”

“Our pregnancy centers were established specifically to empower women—at no charge—to choose life for their children,” said NIFLA Vice President of Legal Affairs Anne O’Connor. “The government shouldn’t force them or anyone else to advertise for something that directly contradicts the very reason we exist.”

O’Connor, John Eastman of the Center for Constitutional Jurisprudence at Chapman University’s Fowler School of Law, and Dean R. Broyles of The National Center for Law and Policy are co-counsel in the lawsuit on behalf of NIFLA and the two pregnancy centers.