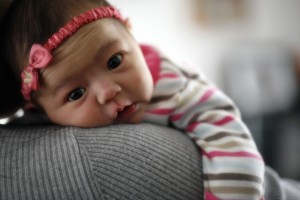 The following comes from a Sept. 18 posting by Rachel Lu on The Federalist.com.

The racist Right is at it again, or so we’re meant to believe. This time, Asian Americans are in the crosshairs, as pro-lifers lean on vicious stereotypes in an effort to bolster their assault on reproductive choice.

That at any rate is the argument put forward by David Chiu, the San Francisco supervisor whose resolution to oppose bans on sex-selective abortion passed on Tuesday. Chiu contends there is absolutely no evidence that sex-selective abortion is a problem in the United States, and that arguments to the contrary are grounded in racial stereotypes. HuffPo’s Lydia O’Connor, Slate’s Emily Bazelon, Mother Jones’ Molly Redden, and Reason’s Emily Nolan Brown have joined in the effort to spread the word. Sex selective abortion isn’t a problem in the United States! It’s all just a racist ploy.

There’s just one problem with this argument. Sex-selective abortion does happen here, and the evidence has been bolstered by, ironically, the very study Chiu and others have cited as their primary source of data. Another day, another reminder that maybe somebody (at least an intern?) should actually read the study before we all get on our high horses about it.

Let’s back up, for those who are unfamiliar with this controversy. Sex-selective abortion means killing your unborn child because he or (more commonly) she is not the sex you prefer. This has been widespread in China through the decades of the one-child policy and, as a result, the 2010 Chinese census revealed that men outnumber women in China by 34 million. That’s a huge social problem. It’s also a terrible tragedy, when you consider that it points to millions of babies who were killed or abandoned by their parents simply because they were girls.

Among those study participants who were carrying girls, 89 percent chose to abort.

China isn’t the only country where this happens. In India and Singapore, sex-selective abortion is also regularly used to express a preference for sons over daughters. Great Britain has only recently admitted it needs to address this problem, especially among its Asian population. Women say they are shamed for having too many daughters, and feel pressure from extended family to abort and save resources for a much-desired son.

The Brits haven’t come up with a satisfactory solution, but at least they’re thinking about it. Here in the United States, we’re still struggling through the denial phase. The evidence is already before us that sex-selective abortion does happen here. Sunita Puri published a study in 2011 in which she interviewed 65 Indian immigrant women, all of whom had pursued fetal sex selection. Her study revealed that the women, like so many mothers abroad, had been shamed and sometimes abused for conceiving too many girls, and that nearly half of them had aborted daughters in the past. Among those study participants who were carrying girls, 89 percent chose to abort.

Those are some pretty sobering numbers, but then again, 65 women make for a small sample. Demographic data shows us the big picture, and it does bear out Puri’s claims, provided you know where to look. This is what Douglas Almond and Lena Edlund found in their 2008 study of birth ratios among American-born offspring of foreign-born Chinese, Korean, and Indian parents. First-born Asian children, Almond and Edlund found, showed normal sex ratios, with about 106 girls for every 100 boys. When the firstborn child was a daughter, sex ratios for second births were skewed a bit towards boys.

But the really significant finding concerned third births in families who already had two daughters. Among these children, there were 151 boys for every 100 girls. Almond and Edlund drew the obvious conclusion: when expecting for the third time, a significant number of Asian parents preferred an abortion to a third daughter.

These numbers have been cited many times by pro-life activists in their push to ban sex-selective abortion, which is now illegal in eight states. Everyone recognizes that enforcement is difficult in a country that mostly embraces abortion on demand. Nevertheless, a majority of Americans are rightly offended by the notion that the unborn can legally be killed simply for the crime of being girls. This has been a fairly successful line of argument for pro-lifers, which predictably has NARAL supporters scrambling for an adequate response. Pro-abortion feminists find themselves in an uncomfortable position when backing up the right of patriarchal cultures to reject girls.

Pro-abortion feminists find themselves in an uncomfortable position when backing up the right of patriarchal cultures to reject girls.

Enter this study, published this year out of the University of Chicago’s International Human Rights Clinic. Widely hailed as the new, definitive word on sex-selective abortion, its data sets are larger and more recent than those used by Almond and Eklund. It also wears its political agenda on its sleeve, presenting a list of “myths” (used by the pro-life movement to justify laws against sex-selective abortion) and replacing them with “facts” (meant to show that such laws are unnecessary).

The presentation builds to “Myth #6” (“The primary motivation behind laws banning sex-selective abortion in the United States is to prevent gender-based discrimination”) which is replaced by “Fact #6” (“Restricting access to abortion is the primary motivation for sex-selective abortion bans.”) It’s refreshing they are so obvious about their allegiances. Why muddy the waters with pretensions to academic detachment when abortion rights are on the line?

Let’s cut to the chase, though, and ask what is obviously the most important question: is sex-selective abortion happening in the United States? If not, that lends at least some support to the claims of Chiu and others that pro-lifers are scare-mongering and leaning on inapplicable racial stereotypes. Has this new study really shown that Almond and Eklund’s conclusions were wrong or out of date? You’d certainly think so to read the many write-ups from HuffPo, Slate, Mother Jones, or Reason.

For the skeptical, though, I advise pulling up the study yourself and flashing ahead to page 16, where the authors admit: “Our study of pooled ACS data confirms Almond and Edlund’s study with regard to the third births of foreign-born Chinese, Indian and Korean families that have already given birth to two girls.” Wait, what? This wonderful, up-to-date study confirms the very point that was most critical to the pro-life argument all along? So… then… what are all these pro-choice advocates so excited about?

It’s got to be frustrating when you bring together a lot of important-sounding organizations to do a big, splashy study, and it ends up confirming the piece of data that most sticks in your craw….