The unwitting death of many 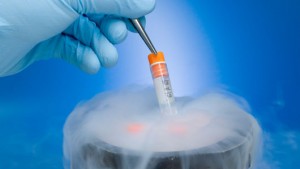 The following comes from a June 18 story in Crisis magazine.

Karla and Jacob began dating in 2009 when they were 42 and 32 years old, respectively. After Karla was diagnosed with lymphoma, and “despite neither of them thinking the relationship had long-term prospects,” both agreed to have human embryos created from their gametes. These were frozen for later use because treatment would, unfortunately, destroy Karla’s fertility. Their relationship was short-lived, yet, Karla’s only chance of giving birth to her own genetic children remained the use of the frozen progeny resulting from this relationship.

Jacob objected and the two went to court. This May, the Illinois judge ruled that Karla can transfer the embryos in spite of Jacob’s objection to “becoming a parent.” (He is, of course, already a parent of these embryos—he doesn’t want to bear the responsibilities that would follow a live birth of one of his children). This sad case is emblematic of many of the pitfalls and ethical problems inherent in the practice of freezing embryonic human beings for in vitro fertilization.

Cryopreservation of embryos keeps them alive but development is arrested as they remain frozen in a state of suspended animation. Submerged in liquid nitrogen in a freezer, dubbed a “Concentration Can” by the great geneticist, Jerome LeJeune, cryopreservation exposes these innocents to a host of risks, offenses, and further manipulation. The techniques used to freeze embryos today involve immersion in a solution of cryoprotectant (think anti-freeze) that reduces the likelihood of lethal ice crystals being formed inside the cells. They remain frozen indefinitely, entirely beholden to the whims of parents, the clinic, or government regulation.

The most obvious offense to their human rights is that the process of freezing and thawing the embryos leads to the death of many. A recent study indicated that 46 percent will not survive the freezing and thawing process. The two primary causes of death? Formation of ice crystals (freezer burn) or cytotoxicity (poison) from the cryoprotectant. As the Human Fertilization and Embryology Authority has summarized, “Not all embryos will survive freezing and eventual thawing when they come to be used.  Very occasionally no embryos will survive.” Many will lose one or two cells, with associated risks not fully understood. In short, the freezing and thawing process exposes them to serious risk of harm and death.

But even if the technology was perfected and no deaths would occur (an exceptionally unlikely scenario), these human beings are frozen against their will and not for their own good. Consent to such a procedure cannot be presumed because IVF and the freezing of embryos do not offer reasonable hope of success or great benefit for the embryo. They offer, rather, significant risks that are well above what might be reasonably considered normal. These risks are accepted because of a prior choice for IVF which is, itself, an irresponsible herculean intervention with overall embryo survival rates hovering around 5-20 percent….