The most valuable thing in existence 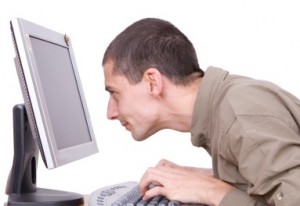 The following comes from a Dec. 5 story by Zac Alstin on MercatorNet.com.

As an adult it’s very easy to ignore the deficiencies in our choices; but as parents we cannot afford to be so negligent. Our children are like tiny mirrors, microcosms of our own faults and feelings. Like canaries in the coal mine, their well-being is contingent on forces to which we are often oblivious yet never immune.

I used to use a computer every day at work, then come home and use my own computer to catch up on reading websites and watching TV shows.  Having wasted the day effectively chained to the work computer, it was nonetheless a relief to be able to use my own computer freely.  Now that I work entirely from home, writing articles and studying for my PhD, I’ve found myself slipping into 12 to 15 hour days in front of the computer, entrenched in a glowing virtual world of text and distraction, taking time away from it only to tend to the daily necessities of cooking, cleaning, and caring for my son.

A 2013 industry report suggests that I’m not alone in devoting so much of my daily life to my online environment.  While the “Digital Down Under” report showed that 94 percent of the Australian population use the internet to some degree, it also claimed that 13.4 million Australians are online at the ridiculous rate of 18.8 hours per day, leaving journalists scrambling for terms like “internet junkies” and “social-media addiction”.

If it wasn’t for my son I probably would not have noticed the extent of my own bad habits. Yet his increasing insistence on using the computer for entertainment and to emulate his father started to worry me, and my worry forced me to admit that this way of life is not healthy. I couldn’t see in myself how ugly and debasing it is to spend so many hours poring over the backlit screen of my computer; to be so dependent and sensitive to its every change, ignoring the real world around me in favour of an unending stream of interesting distractions.

But I can see it in my son. I am painfully aware of how rapt he is in the light and sound of a computer or mobile phone; drawn to it like it is the most important, the most valuable thing in existence. I can’t ignore how it detaches him from the world around him, absorbing an inordinate amount of his attention, and leaving him shrill and irritable when we switch the computer off or put the mobile phone away.

I’m no different. I get annoyed when the Internet drops out, angry when the computer takes too long to boot. I spend days and weeks sitting almost stationary at my desk, head craned and hands poised over keyboard and mouse. I lose myself to the distractions, the never-ending stream of entertainment, news, information and ideas all aimed at holding my attention in this virtual non-world.

A few nights ago my wife and I were ready for bed, but our son was still playing a children’s game on the smartphone. If we took the phone away he would cry and scream, and after a difficult week the last thing we wanted was to end the day with pained and hysterical screaming.

Yet we couldn’t fault him, because as a mere toddler he only wishes to emulate his parents, to enjoy what they enjoy and do what they do. His excessive devotion to the computer and the smartphone is not his problem – it’s his parents’ problem. His crying and screaming are a rebuke to the idiot parents who expect their son to do what they do and enjoy what they enjoy only when it suits them; parents who want their child to live a happy and balanced life despite their own imbalanced habits….