The dangers of attacking the validity of the Novus Ordo 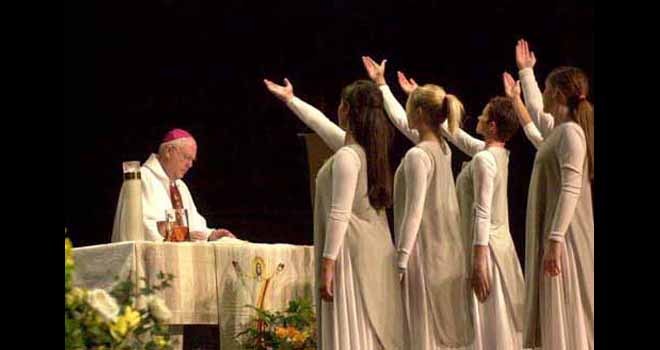 The following is by Fr. Charles Nwora Okeke on courageouspriest.com:

A liturgical Rite represents a church tradition about how the sacraments are to be celebrated. There are about 20 liturgical Rites present in the Church today.

Of these, the ordinary form of the Latin Rite, referred to as the Novus Ordo by some people, has been the target of unremitting negative attacks. The way the Holy Sacrifice of the Mass is offered in the ‘Novus Ordo” is stipulated in the Roman Missal. What is to be said by the priest is printed in black and what he is to do is printed in red. If the rubric were followed, as stipulated, the ‘Novus Ordo’ mass would be reverential as it is meant to be.

It is about time we stopped conflating individual defects with a perfect liturgical Rite into a liturgical entity despicably referred to as Novus Ordo. Instead of incurring sin to ourselves through such unwarranted and ignorant criticism of a valid liturgical Rite, we can quietly begin to attend the Mass in any of the other Rites that are in communion with Rome…unless, of course, we think that the other Rites too are defective. Let us focus on living our faith.