Ten things to remember if Pope Francis upsets you 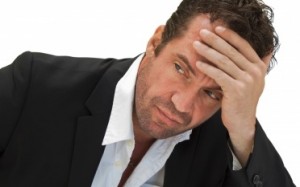 The following comes from a July 15 posting by Fr. Dwight Longenecker on Patheos.com.

Many conservative Catholics are experiencing a range of negative feelings about Pope Francis. When a headline screams that he stated that 2% of Catholic clergy are pedophiles, that he “promises to solve the celibacy problem” that he doesn’t want to convert Evangelicals or that he doesn’t judge a homosexual who “searches for the Lord and has goodwill” they experience confusion, anger, resentment, bewilderment and fear.

Some have given up on Pope Francis. Others say he is “the false prophet” who will accompany the anti Christ in the end times. Others don’t like his dress sense, grumble about his media gaffes and some think they are all intentional and that he is a very shrewd Jesuit who wants to undermine the Catholic faith. The sensationalism doesn’t do any good. These folks should step back and realize they are (in their own way) being just as sensational about Pope Francis as liberals were about Pope Benedict when they called him “God’s Rottweiler” or “Nazi Ratzi” and said he was a closet homosexual and a hater of women.

So if Pope Francis upsets you–and by the way–I’ve had my own moments of head scratching over Francis–here are ten things to remember which help put things in perspective and maintain some balance.

The first thing to remember is that he is the pope. He is not going to change Catholic doctrine or moral teaching. He can’t and he knows that. He may be a “reformer” but there’s only so much he can do. His statement on women priests is an indicator of that: “The door is closed to women’s ordination.”

The second thing to remember is that we have been blessed for the last thirty years with two stellar popes. Most of us don’t remember any other kind of papacy. Both Pope St John Paul II and Benedict XVI have been men of outstanding holiness, intellectual accomplishment, courage and perception, and they were very much bookends. They supported one another. Francis is different, and if he is not their equal in those attributes, he has other strengths. Instead of criticizing him for what he’s not we should be loving him for who he is.

The third thing to remember is that Popes come and go. Each one brings different gifts and different personalities to the papacy. God knows what he’s doing, and if a particular pope challenges your faith…well faith isn’t much good unless it’s challenged. What kind of faith is it it is nothing but certainty and confidence all the time? Think of St Peter walking on the water. That’s faith.

Fourth: is your faith in Jesus Christ and the faith of the church or is it in the pope? Catholics should love the pope, but they should love Jesus more. If one pope comes along who you find difficult to love and understand, take heart. You weren’t supposed to love him that much anyway. It’s okay to love the pope, but those who blame Catholics for idolizing the pope? Well, sometimes they have a point.

Fifth: Check out the times in which we live. With modern social media, every conversation can become a global headline. This is a pope who loves people and relates to them. Here is a pope who connects with people, talks with people, shares with people and embraces people. When this happens there is a multitude of communication risks that take place. The pope says “X” but the person hears “Y” and reports “Z”. Hasn’t this ever happened to you? You’ve had a conversation and it was reported to a third or fourth party and you shriek, “But that’s not what I said!” The only way to avoid this is for the pope to be a silent figurehead in the apostolic palace just waving to people and  never saying anything except in a formal papal statement. Maybe some people think this is what the pope should be, and some popes have been content to be that sort of figurehead. Not Francis.

Seven: Remember Francis is from Argentina. The church scene there is very different from the atmosphere in the USA and Europe. He surprises us in many ways. He surprises right wing conservative American Catholics with what seems to be left leaning economic positions. He surprises liberal Catholics with his emphasis on the devil and the battle against demons. He surprises those in the developed world with his passion for the poor and his ability to turn over some tables. This is part of his gift to the church: that he is an outsider and as such he surprises and disturbs. Isn’t that part of what the gospel should do? Its supposed to make us uncomfortable. Its supposed to make us re-examine our preconceptions, our self righteousness and our certain certainties. Isn’t that what Jesus did to the religious establishment? Sure it’s scary at times. So buckle your seat belt.

Eight: Remember that you don’t have to pay serious attention to every single word that falls from the mouth of the pope. He’s not some sort of divine oracle, and the more he talks informally to people, the more he’s likely to be misunderstood, make gaffes and be mis-reported. It’s okay to shrug your shoulders and let him get on with being pope and for you to get on with your Catholic life of prayer, worship, study, service and the pursuit of sanctity. So be a good Catholic and don’t worry about the pope. Even if he’s a corrupt monster (and we’ve had some popes like that) the church goes on. The gates of hell will not prevail against her–and neither will the odd pope who doesn’t fit your ideal.

Nine: The Catholic Church is universal. It’s a very big family. Not everything or everyone will be to your taste. Speaking of taste–how much of your discomfort with Pope Francis is simply a matter of taste? Have you done your homework, read what he has really said, watched what he has really done? Has any of it actually contradicted formal church teaching? Is any of it heresy? No. Maybe you don’t like Pope Francis and maybe you actually think he’s a lousy pope. Maybe you think he could handle the media better and may be you worry about some of his opinions. So welcome to the muddled mystery that is the Catholic Church. If you want a church to your own liking I guess you better go join a sect because the Catholic Church is never going to be 100% what anybody likes. Somebody once asked me after I became a Catholic whether I “liked the Catholic Church.” I said, “No. I didn’t join the Catholic Church because I liked it. If I was joining a church I liked I’d still be an Anglican. I joined it because it was the true church.”

Ten: Remember, where else are you going to go? A Protestant sect? The Lefebvrists? The Eastern Orthodox? Start your own garage church? Furthermore, what good does it do to get all upset and huffy about the pope?  Are you going to elect a new one? All you will do is get yourself into a lather and for what? Be at peace. Pray about it. Get more involved in spreading the gospel with joy. Roll up your sleeves, get busy in serving the poor, building your parish, sharing your faith and be a Catholic alive in the Spirit and full of optimism, faith and the joy of Christ. If the present pope tries your faith and your patience, well then offer it up. There’s a chance to have a stronger faith in Christ and to grow a bit more patient.