The most memorable events in the Catholic world in 2016: 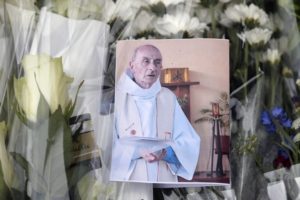 1. The murder of Fr Jacques Hamel at a church in Normandy

In July Fr. Hamel, 86, was celebrating Mass at St Etienne-du-Rouvray church in Normandy when two ISIS attackers burst into the building. Witnesses reported that the priest said “Be gone Satan” before they slit his throat. 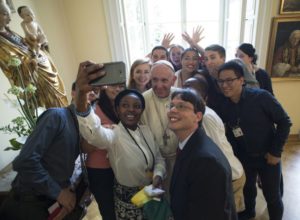 Pope Francis posed for a selfie with young Catholics after he had lunch with them at the archbishop’s residence in Kraków at the end of July.

He celebrated the closing World Youth Mass in the presence of more than a million young people.

The trip marked the Pontiff’s first visit to eastern Europe and included a visit to Auschwitz.

3. The release of Amoris Laetitia and the ‘dubia’ debate

The Pope released his 255-page apostolic exhortation on marriage and the family in April.

Seeking clarity over the divorced and remarried and Holy Communion, four cardinals submitted five dubia to the Pontiff in September. The Pope declined to answer them.

4. The canonisation of Mother Teresa

After being fast-tracked for canonisation, Pope Francis declared Mother Teresa a saint in September.

Nuns gathered to watch the canonisation Mass of St Teresa of Calcutta inside the Mother House, the Missionaries of Charity headquarters, in Calcutta. 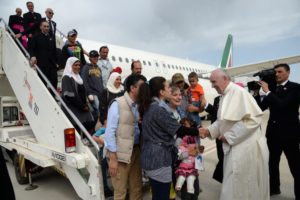 5. Pope Francis invites refugees to live at the Vatican

After a visit to a refugee camp on the Greek island of Lesbos with Ecumenical Patriarch Bartholomew I, Pope Francis gave a home to 12 Syrian refugees at the Vatican.

The refugees were chosen by lottery. 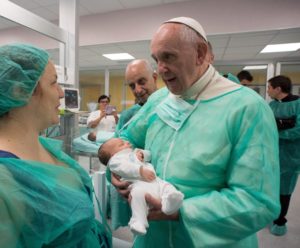 6. The conclusion of the Year of Mercy

The Jubilee Year of Mercy saw a focus on acts of kindness and forgiveness.

Pope Francis said that his visit to the neonatology division of the San Giovanni hospital in Rome in September stood out as one of his most significant memories of the year.

7. Pope Francis visits Sweden to mark 500 years since the Reformation

The Pope called for reconciliation among Christians at an ecumenical prayer service marking the Reformation anniversary in Sweden in October.

He greeted the Lutheran Archbishop Ante Jackelén, Primate of the Church of Sweden, in an effort to mend relations between Catholics and Protestants. 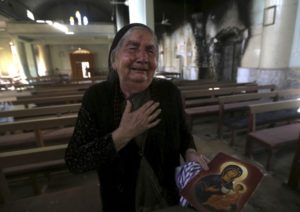 An offensive led by the Iraqi army has enabled Christians to return to their homes near Mosul.

In the above photograph, a Christian woman cries after entering St Addai church, which was damaged by ISIS fighters during their occupation of Keramlis village. The church bell tolled for the first time in more than two years as Christians gathered to worship. 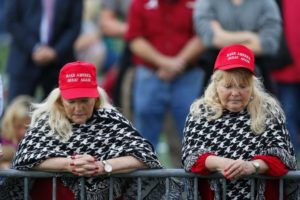 Donald Trump won the US election in November. 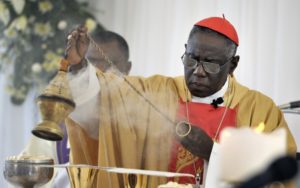 At a conference in London, Cardinal Robert Sarah invited priests to face east when they celebrate Mass.

He said: “It is very important that we return as soon as possible to a common orientation, of priests and the faithful turned together in the same direction – eastwards or at least towards the apse – to the Lord who comes.”

The Vatican dismissed the proposal.

Article and photos from The Catholic Herald.