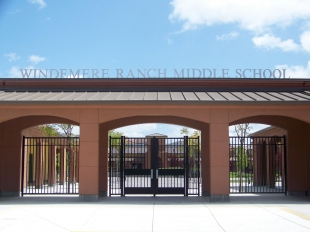 The following comes from an April 4 Christian Post article by Samuel Smith:

A number of parents in a suburb of San Francisco are speaking out against a planned LGBT “acceptance week” designed to teach middle school students about the LGBT community.

Parents at Windemere Ranch Middle School in San Ramon, California, have launched an online petition against the school’s LGBT acceptance week, which is scheduled to begin Monday, April 11.

If the parents’ listed demands are not met by the school, they are threatening to initiate a “walk out.”

The group of parents suggest that the school’s acceptance week denotes a special public effort focused solely on the LGBT community, which they argue is discriminatory.

The petition adds that the parents “are not against the LGBTQ” but there are a number of concerns with the acceptance week that have not been addressed.

The petition further explains that the parents want to be assured that the lessons being taught during LGBT acceptance week will not include condemnation for differing religious values or practices.

The parents fear that the school will use LGBT acceptance week as an outlet to indoctrinate their children.

The lessons for the school’s second annual LGBT week were set up by a student leadership group. A local NBC News station reports that the acceptance week leads up to the National Day of Silence on April 15, which is organized to raise awareness of “the silencing effect of anti-LGBT bullying, harassment and discrimination.”

According to NBC News, about 30 people attended a meeting with the San Ramon Unified School District’s superintendent last Friday to voice their concerns about the instruction and the videos. The school’s principal has since agreed to cut out images and kissing and intimacy from the videos and displays.