Valerie Schmalz, director of the San Francisco archdiocesan Office of Human Life & Dignity, said Religious Freedom Week “is a way for us to formally pray, reflect, and act in our capacity as Catholics who are citizens of the United States.”

Schmalz said the First Amendment “protects our right to be religious and be religious in the way we choose” but Catholics and other religious groups have been under increasing political pressure.

“The fact that a bill has passed the state Senate that would require priests to disclose aspects of someone’s confession to them, something no priest can ever do, is a sign of how out of wack our worldview is at times in this state when it comes to respecting religious freedom,” she said. 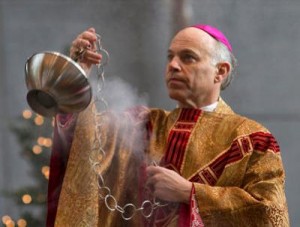 On June 29 at Sts. Peter and Paul Parish in San Francisco, Catholic filmmakers will discuss faith in Hollywood and the recent success of religious films.

While Schmalz said Catholic doctrine on matters like the sanctity of life and the nature of marriage are increasingly seen “as a form of discrimination against others, we have to remember not to be discouraged. Saul persecuted Christians. He was the one holding the cloaks when St. Stephen was stoned to death and yet he became St. Paul, the great apostle and evangelizer who is remembered on June 29, along with St. Peter, the first pope to whom Jesus entrusted his church.”

Over 250 attacks on Catholic churches since May 2020CatholicVote's violence tracker

Public libraries: no to Christians, yes to drag showsSan Diego branch: 'I don’t know how many people you would get'

Public libraries: no to Christians, yes to drag shows
San Diego branch: 'I don’t know how many people you would get'