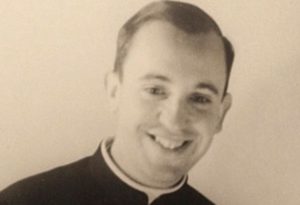 Pope Francis has revealed, for the first time, that he sought help from a psychoanalyst when he was younger.

He is believed to be the first Pope in history to have visited a psychoanalyst – or at least to have admitted to it.

In a new book, he says that at the age of 42 – decades before he was made Pope – he went to a psychiatrist in Buenos Aires in his native Argentina for six months.

Jorge Mario Bergoglio, as the Pope was known then, was at the time the head of the Jesuit order in Argentina.

“At a certain point, I felt the need to consult an analyst. For six months, I went to her house once a week to clarify a few things,” he revealed in the book, Pope Francis: Politics and Society.

He did not specify exactly what “things” he wanted to clarify or why he felt the need to seek psychiatric help but he did say the treatment was successful.

“In those six months, she really helped me,” he said. “She was a wonderful person,” the 81-year-old pontiff said.

In his professional life, Bergoglio had encountered resistance to his tough style of management as head of the Jesuit order.

He admitted a few years ago that “my authoritarian and quick manner of making decisions led me to have serious problems and to be accused of being ultraconservative.”

Full story at The Telegraph.