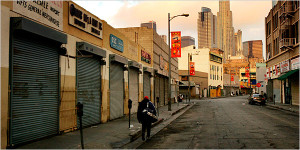 The following comes from a December 2 CalWatchdog article by Chris Reed:

The Census Bureau’s 2012 decision to begin releasing an alternative measure of poverty that included cost of living has appeared to have far-reaching effects in California as politicians, community leaders and residents react to the new measure’s depiction of the Golden State as the most impoverished place in America.

The fact that about 23 percent of state residents are barely getting by has helped fuel the push for a much higher minimum wage and prompted renewed interest in affordable housing programs. It’s also put the focus on regional economic disparities, especially the fact that Silicon Valley and San Francisco are the primary engine of state prosperity.

While the tech boom and the vast increase in housing prices it has triggered in the Bay Area are national news, prompting think pieces and thoughtful analyses, the poverty picture in the state’s largest population center isn’t covered nearly as fully. Although the fact is plain in Census Bureau data, it’s not commonly understood that Los Angeles County is the capital of U.S. poverty. A 2013 study by the Public Policy Institute of California and the Stanford Center on Poverty and Inequality based on 2011 data found 27 percent of the county’s 10 million residents were impoverished, the highest figure in the state and the highest of any large metro area in the U.S. The study questioned long-held assumptions about poverty being worst in rural areas.

But there are reasons to think the rate in Los Angeles County is significantly higher than the 27 percent reported in 2013.

The second is that the cost of housing has surged in Los Angeles County over the past four years even as wages have stagnated. The average rent of an apartment countywide is expected to be $1,800 by year’s end, with the biggest percentage jump in poorer communities in the San Fernando Valley.