L.A. Times comes out swinging against Woman’s Right to Know 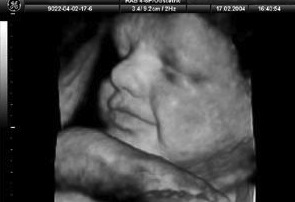 The following comes from a Dec. 23 editorial in the L.A. Times.

A federal appeals court made the right decision this week when it struck down a key provision in a North Carolina law requiring doctors to perform ultrasounds on women seeking abortions and then both show and describe the sonogram images to them. The U.S. 4th Circuit Court of Appeals in Richmond, Va., wisely found the provision to be an unconstitutional violation of the free-speech rights of doctors.

The purpose is not to inform the patient about objective, scientific facts, but merely to persuade her not to have an abortion. –

This measure is one of a plethora of state laws designed not to protect the health of a woman and her fetus but to discourage her from exercising her constitutionally protected right to abortion. This particular law, the Woman’s Right to Know Act, passed the state legislature in July 2011 over a gubernatorial veto.

There’s nothing wrong with providing pertinent information about risks and benefits of a medical procedure so that a patient can make an informed choice. In this editorial about immunization, for instance, there is discussion of a law in California that requires doctors to give information to parents about the importance of vaccinating their children; that law appears to have had positive effects.

But the provision of the law under scrutiny in North Carolina goes beyond science, requiring a doctor to show his patient the sonogram and describe the fetus in detail — even if she averts her eyes and refuses to listen. The purpose is not to inform the patient about objective, scientific facts, but merely to persuade her not to have an abortion.

“This compelled speech, even though it is a regulation of the medical profession, is ideological in intent and in kind,” said Judge J. Harvie Wilkinson III, writing the opinion for the three-judge panel. In effect, the provision compels the doctor to parrot the anti-abortion views of the state legislators who passed it, turning the physician, as Wilkinson put it, “into the mouthpiece of the state.”

The issue of doctors’ 1st Amendment rights is a complicated one. In a case here in California, the U.S. 9th Circuit Court of Appeals upheld a state law banning doctors from engaging in so-called conversion therapy on gay minors. The court argued that the law did not violate doctors’ free-speech rights — it only regulated their conduct. This page ultimately agreed with the court, but acknowledged that “the line between speech and conduct for 1st Amendment purposes is admittedly sometimes blurry.”

However, it is not blurry in the North Carolina case. The ultrasound provision, wrote Wilkinson, “is quintessential compelled speech. It forces physicians to say things they otherwise would not say.” The court ruled clearly and correctly when it overthrew this unconstitutional provision.