“The contemplative is the stay-at-home mother within the Church,” reflects Sr. Mary Josefa (Kathleen ’07) Holcomb, O.S.B. in this video. “The stay-at-home mother has a role that is not seen, and probably not appreciated, by many in the world … but how many families need that mother’s presence! The Church is a family, too. It needs the presence of a mother.”

Sr. Mary Josefa belongs to the Benedictines of Mary, Queen of Apostles, who aspire to provide just such maternal care by praying for the priestly successors of the Apostles, imitating Our Lady in the last years
of her earthly life. They pursue this Marian charism while living according to the ancient Rule of St. Benedict — in this way, they are “a new shoot from old roots,” as Sr. Mary Josefa puts it. Founded in 1995 in Scranton, Pennsylvania, the sisters relocated to Gower, Missouri, in 2006 at the invitation of the Most Rev. Robert W. Finn, then-Bishop of Kansas City-St. Joseph. They are by now firmly established, having become a full-fledged abbey in 2018.

Since its founding, and in a heartening reversal of dominant trends, the congregation has attracted dozens of aspiring young women, including two other Thomas Aquinas College alumnae: Sr. Sophia (Gina ’08) Eid, OSB, and Gwyneth Owen (’08). In response to this rapid expansion, in 2019 the Abbess sent seven adventurous sisters to establish the congregation’s first daughter house, the Monastery of St. Joseph, in Ava, Missouri — and among them was Sr. Mary Josefa.
“I had a sense early on, even when I was a child of seven or eight, that perhaps God wanted me to be His,” she recalls. But as a child in a traveling military family, opportunities to visit religious congregations were limited. “It was only when I went to Thomas Aquinas College that I met other people who not only wanted to become religious, they knew where you could.”

Sr. Mary Josefa’s time at the College also planted the seeds of her distinctly Benedictine vocation. “When I was younger, I thought, ‘Maybe I’ll be like the Dominicans and I’ll teach, or I’ll be like the Missionaries of Charity and I’ll help people on the street,’” she says. “But at Thomas Aquinas College, I learned to contemplate truth for its own sake … I also realized the importance of the liturgy, the importance of having people dedicating their lives to worshipping God, being His intimates in His own house, keeping Him company all day.” She joined the Benedictines of Mary soon after graduating, professing solemn vows in 2016.

As they set about establishing the new Monastery of St. Joseph, however, Sr. Mary Josefa and her fellow adventurous sisters have been very active for contemplatives. Their cheerful, can-do presence has caught the notice of more than the local Catholics. “So many people have been very welcoming, very kind and gracious to us, even though they’re not Catholic — or even Christian,” she says, adding with a laugh, “I do get asked frequently if I’m Amish.”

Although certainly not Amish, the Benedictines of Mary offer denizens of a busy world an insight into a simpler, more intentional way to live. “There’s a very hectic pace of life, people are very distracted,” reflects Sr. Mary Josefa. The world’s weary souls need a “a spiritual oasis in the modern desert,” she adds — just as the Church’s children yearn for the love of a stay-at-home mother. 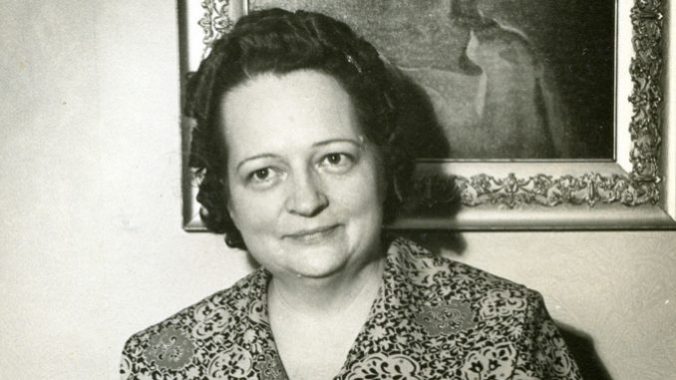