Health textbook too explicit for some East Bay parents

The following comes from an Aug. 6 story on SFGate.com.

Hundreds of Fremont parents have organized a petition drive and are threatening legal action over the district’s new ninth-grade health textbook, which includes drawings of sexual anatomy; mentions of vibrators, oral sex and bondage; and information on how to buy and use a condom.

The 392-page book Your Health Today also includes chapters on nutrition, fitness, stress, body weight and body image, but it’s the sections on sex, drugs and alcohol – mostly the ones about sex – that are riling up parents.

So far, more than 600 people have signed the petition, which calls on the Fremont school board to rescind its decision to use the book for ninth-grade health classes. 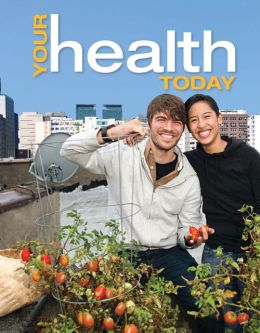 “I feel that it’s not age appropriate for these kids,” said mother Asfia Ahmed, who is among the parents leading the charge. “I have read the book from first page to last, and most pages talk about college kids. It doesn’t relate to these kids at all.”

The book is listed on bookseller sites as a college health textbook, but district officials say students need the information well before they get to college. It’s too late once they get there.

The Fremont Unified School District’s health teachers unanimously chose the textbook from among a half dozen that were evaluated and reviewed, and the school board voted 3-2 in June to adopt it for the 2,400 ninth-grade students at the district’s six high schools.

State standards start addressing sexual health in fifth grade, or about age 10. Topics include physical changes during puberty, sexually transmitted diseases and hygiene, including the use of sanitary products and athletic supporters.

Parents, however, said the high school book is too explicit, with labeled drawings of sexual anatomy as well as a page devoted to the “human sexual response model,” with diagrams of the male and female sexual organs in various stages of arousal, including “excitement,” “plateau,” “orgasm” and “resolution.”

….Calvert-York tearfully noted that there have been too many teen deaths – caused by alcohol, suicide or other issues addressed in the textbook.