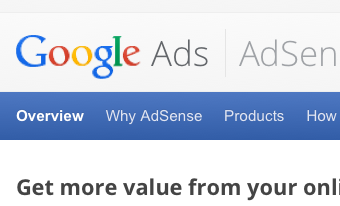 The following comes from a July 6 story on The Christian Post.

A change in policy on AdWords that Google announced in March has now gone into effect, banning promotion of “sexually explicit content” from its advertising network across the search engine and other sites – a decision that has been welcomed by an anti-porn group Morality in Media.

Google Inc. formally informed its advertising partners this week that any ads peddling adult entertainment will not appear on its advertising networks, according to Daily Tech.

Google has also posted a set of guidelines on what advertisers cannot promote, which includes “graphic depictions of sexual acts; content with underage or non-consensual sexual themes, including child sexual abuse content; and services that may be interpreted as providing sexual acts in exchange for compensation.”

Google added, “We don’t allow this content regardless of whether it meets applicable legal restrictions around this kind of content.”

Morality in Media listed Google on both its 2013 and 2014 Dirty Dozen List because of their involvement in and profit from pornography in Google Play, Google Ads, YouTube and more.

However, some advertisers say they are shocked by the decision.

“I was caught by surprise,” Theo Sapoutzis, the Chairman and CEO of the Adult Video News Media Network, told CNBC. “I was one of the very first advertisers for AdWords back in 2002. It’s something that’s been [untouched] for 12 years, so you don’t expect change is going to start happening.”

Google explained that it will disapprove all ads and sites that are identified as being in violation of their revised policy. “Our system identified your account as potentially affected by this policy change. We ask that you make any necessary changes to your ads and sites to comply so that your campaigns can continue to run.”