Interview on April 11, 2022, with Valeria, who is studying animation, outside the bookstore at Rio Hondo College in Whittier, California.

Valeria: Yes. If something’s going on, I pray to God. My mom owns a flower shop and, I forgot the saint, we have to pray to him every morning to help us with the flower shop so we can make it because, sadly, my dad left us recently. We used to go to church but we don’t have time now. There’s a Catholic church on the corner, we’re Catholic, but we can’t go because we don’t have anyone to take care of the flower shop while we go.

Do you think there’s evidence for the existence of God?

Valeria: I think there is, but it’s hard for people to believe. I have a friend who’s an atheist and I understand her. I told her, “If I put myself in your shoes, I understand how you think: it’s not real.” But I think it is.

If she asked you why you believe in God, what would you say?

Valeria: I’m not really sure, but all I know is that my mom told me that He was sacrificed for us and that if we are ever in a hard time we have to pray, because sometimes He does listen and help us.

How do you know what’s right and what’s wrong?

If someone does something that they think is right and we think is wrong, like school shooting, how do we know whether it’s right or wrong?

Valeria: They’re in the wrong because they’re taking the lives of people who probably haven’t done anything to them. They probably struggled to reach out for help and it’s not right because they killed or hurt other people.

What about abortion, which kills a person? Do you think that’s right or wrong?

Valeria: It’s said that it’s the right of the person, but there are women who regret it. My mom admitted to me and cries about it every day that when she was first with my dad, barely a year, she had an unexpected pregnancy. She didn’t want to have them because she didn’t know how my dad would treat my brothers because she was in a bad cycle of abusive relationships. She aborted it and since she told me she has been crying about it because she hasn’t told anyone else because of religion. She didn’t want to and she feels bad for not giving them a chance and my dad would kind of bash her about it, blaming her for it. Yes, it’s bad, but you have to look at how the person feels. I understand there are pressures in religion, like in my mom’s case, she would say that in some families they would tell their kids that they would leave them if they became accidentally pregnant. That pressure drives them to do the abortion and probably they didn’t want to but they had to to protect themselves and to not shame their family.

There are lots of reasons someone might choose to have an abortion, but does that make the abortion right?

If a man decides he is a woman, is he really a woman?

Valeria: My family accepts it. We understand they have gender dysphoria or body dysphoria and we embrace that and are okay with that.

Valeria: I shouldn’t try to answer that because I’m gender blind so I don’t know what makes a woman a woman and a man a man.

What does it mean to be gender blind?

Valeria: I guess it means you can’t understand. I was watching this Dr. Phil episode about pronouns and “you can’t choose your pronouns because that’s just English words.” And they were talking about if you ask a child, because children are now being non-binary, and if you ask them, “What is a girl?” they’re going to say, “Oh, they dress in a feminine way and are able to have kids.” They can say that much, but if you ask them to be more specific, they’re not going to know how to answer.

If a scientist extracts DNA from a corpse and identifies it as male because of the XY chromosome, would he be wrong because he doesn’t know what the person identified as?

Valeria: I saw a post on Reddit, it was a medical paper. It was talking about sex and sex and gender are two completely different things. They can know your sex and biologically there’s some genetics that can be between male and female. 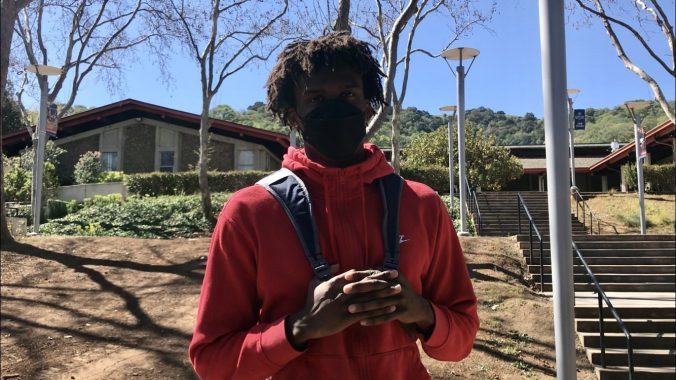