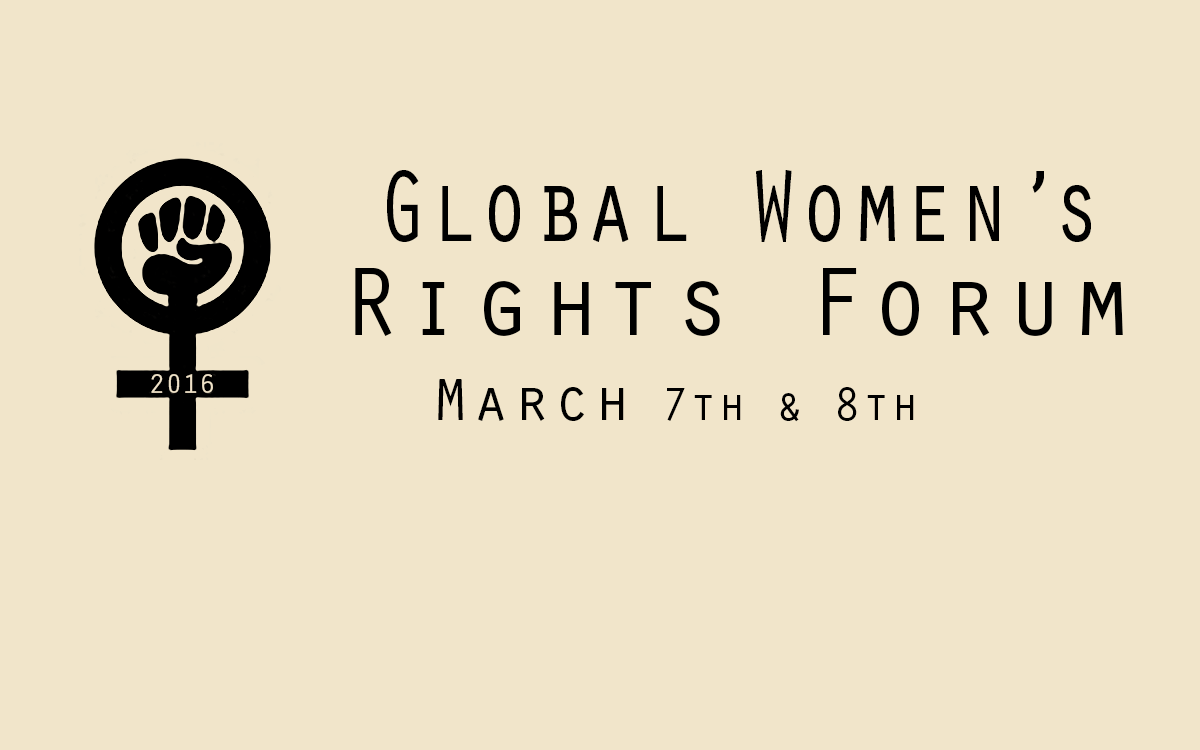 On March 7 and 8, 2016, the (Jesuit) University of San Francisco hosted the 15th Annual Global Women’s Rights Forum. The webpage for the event lists 26 separate sponsors from the University, including the Office of the Dean of the College of Arts and Sciences, the Office of the Provost, University Ministry, Theology and Religious Studies, Critical Diversity Studies and Peace and Justice Studies.

The event’s mission statement reads, in part: “Consistent with the Mission of the University of San Francisco, the Forum intends to promote and create knowledge that will fashion a more just world by challenging sexist, racist, heterosexist and classist values and societal structures worldwide.”

Subjects included “Transnational and Decolonial Feminisms: Mobilizing Women’s Human Rights From the Margins” and “Women’s Movements Through Media.” Speakers included author Pascha Bueno-Hansen, currently at the University of Delaware. On November 19, 2015 Bueno-Hansen told an audience at West Chester University that “Peru getting therapeutic abortion legalized is ‘a huge gain.’”

Bueno-Hansen’s support for abortion was echoed on the event’s Facebook page on the weeks leading up to the Forum.

On January 29, 2016 the organizers posted: “Just to let all of the Undergraduate students know of an opportunity coming up this summer, Reproductive Rights Activist Service Corps (RRASC) 2016 applications are due this coming Monday, February 1st. RRASC is a paid summer internship program that places undergraduate students from around the country at reproductive rights and social justice organizations for ten-week summer internships.” The post also included a flyer from the RRASC for their spring conference ‘From Abortion Rights to Social Justice: Building the Movement for Reproductive Freedom.”

On March 3, 2016, the organizers posted a link to an editorial in the New York Times titled “What the Election Means for Reproductive Rights.” The Times, after lauded the positions of Bernie Saunders and Hilary Clinton on abortion-on-desire, noted “The Republican candidates, meanwhile, are all anti-choice,” to which the Forum’s Facebook administrator commented “With the passing of Super Tuesday, something we should think about as women.”

On March 5, 2016, the organizers posted a link to a story in Jezebel.com titled: “The Supreme Court’s Three Female Justices are Fighting Tooth and Nail for Reproductive Rights.” While some might think that the job of a Supreme Court Justice is to weigh evidence rather than ‘fighting tooth and nail’ for a particular agenda, the Forum’s Facebook administrator simply comments ‘Thankful these women have our backs.’

USF has long been bereft of any fidelity to its Catholic origins. There was the noble attempt by Fr. Joseph Fessio, Dr. Ray Dennehy, Professor John Galten and their colleagues to offer USF students the unmatched riches of Catholic social teaching–at the doomed St. Ignatius Institute—but that effort is now recognized as no more than a blip in USF’s continuous decline. While it may not be possible for the Archdiocese of San Francisco to have any concrete effect on the university’s corruption of Catholic principles of social justice, it is certainly possible for the Archdiocese to distance itself from that corruption by an unambiguous declaration that there is no longer anything Catholic about USF. That, at the least, can be done, and would fulfill the duty of defining what is, and is not Catholic social teaching. Such action was recently taken by Washington DC Cardinal Donald Wuerl when Georgetown decided to host Planned Parenthood director Cecile Richards. Cardinal Wuerl observed that “students, faculty, and the community at large are all impoverished, not enriched, when the institution’s Catholic identity is diluted or called into question by seemingly approving of ideas that are contrary to moral truth.”