Father Illo asks prayers of exorcism Dec. 6
"All of us worship idols to some degree, but..."

In his sermon on Christ the King, yesterday, Sunday, Nov. 24, Father Joseph Illo, pastor of Star of the Sea parish in San Francisco, used stronger words than ever:

“It is hard for me to say what I’m about to say, but it is the duty of every pastor. Last month a false god was worshipped in a Vatican ceremony as the Pope looked on. The Holy Father seemed disturbed, but he did not stop the blasphemy. The wooden statue known as Pachamama, which the Encyclopedia Britannica defines as the Amazonian goddess of the earth, was worshipped. At least one Franciscan priest (as you can see in the videotape) and many others bowed down of this pagan image of a naked pregnant woman.

“Now all of us worship idols to some degree. None of us is pure, absolutely pure in our faith. We put things of this world above the things of God on a regular basis. Many of us, for example, who choose a secular university, a prestigious institution for our child whose faith may be weak, and who endangers the faith of our children, worships at the altar of success rather than at the altar of God. Let’s be honest that success in this world is more important to us than fidelity to God and His laws. We make mistakes, we falter in our faith.

“But what happened in Rome last month made it clear than some Church leaders have now publicly submitted to another god rather than Christ. Perhaps their intention was to honor the indigenous people, which is good, to honor all people. But it was a grave error to bow down before their pagan god. We must pray that they admit their mistake and correct it….

“The worship of idols quickly becomes the worship of demons.So a group of exorcists have asked that December 6 be a day of fasting, prayer, and reparation for these sins against the faith and the heart of the Church.

“The worship of idols, along with the crimes against children and seminarians by their spiritual fathers, by priests and bishops of the Church – these black spots on the spotless bride of Christ clearly manifest the presence of the demonic within the Church.

“I urge you to cast out demons by more prayer and fasting on the first Friday of December.”

Catholic descendants of California Mission IndiansJunipero Serra in their words 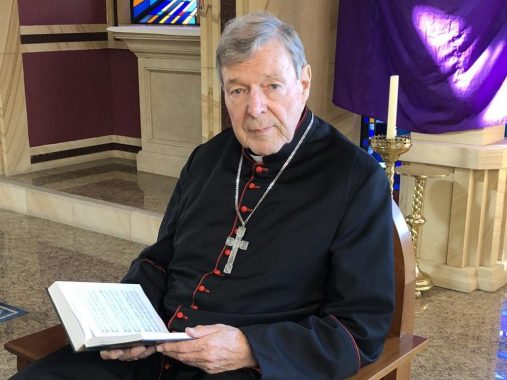 The priest as matchmakerSan Francisco's Father Illo: “an essential task”