The push by some Westerners to use the Vatican’s Amazon synod to advance their personal agendas is an insult to God and his plan for the Church, Cardinal Robert Sarah said in an interview published this week.

“This synod has a specific and local objective: the evangelization of the Amazon. I fear that some Westerners are seizing this assembly to advance their plans,” Sarah told Italian newspaper Corriere Della Sera Oct. 7.

The cardinal mentioned in particular synod discussion of the ordination of married men, the creation of women’s ministries, and the jurisdiction of the laity.

“These points touch the structure of the universal Church. Taking advantage to introduce ideological plans would be an unworthy manipulation, a dishonest deception, an insult to God who guides his Church and entrusts to it his plan of salvation,” he stated.

Sarah, who is participating in the Amazon synod in his capacity as prefect of the Congregation for Divine Worship, noted that he has heard that some people want this synod assembly to be a “laboratory” for the universal Church, and others think after the meeting everything will have changed.

“If this is true, this is dishonest and misleading,” the cardinal commented.

He added that he was “shocked and indignant that the spiritual distress of the poor in the Amazon was used as an excuse to support typical projects of bourgeois and worldly Christianity. It is abominable.”

The proposal of combatting priest shortages in the Amazon by ordaining married, respected men — so-called viri probati, Sarah called “theologically absurd” and implying “a functionalist concession of the priesthood…”

The proposal contradicts the Second Vatican Council’s teaching, he said, by seeming to separate within the priesthood participation in Christ’s identity as priest, prophet, and king.

He added that to ordain married men “would mean in practice to question the obligatory nature of celibacy as such.”

Sarah said no one fears the viri probatiproposal, but the synod will study it and Pope Francis will draw his conclusions, though he noted Francis’ use of a quote from St. Pope Paul VI in a speech in January: “I prefer to give my life before changing the law of Celibacy.”

The above comes from an Oct. 9 story on the website of the Catholic News Agency. 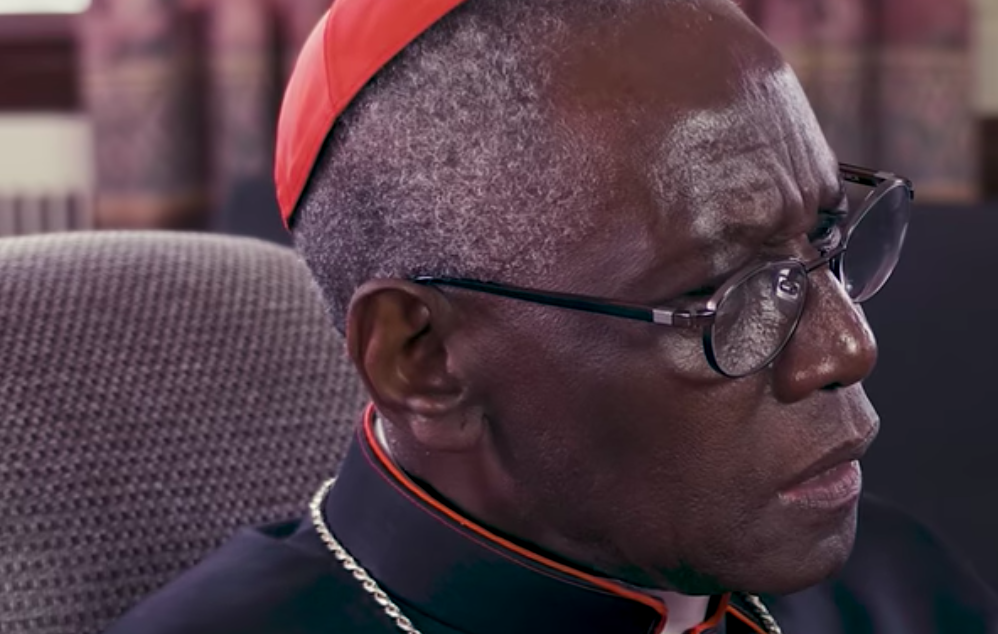