Are the California bishops getting their money’s worth? What do the bishops in other states get from their bureaucracies?

1. In Arizona, a May 15, 2012 legislative wrap-up by the Arizona Catholic Conference is typical of executive director Ron Johnson’s work with pro-life and pro-family allies in the state:

“The Arizona Catholic Conference is appreciative that Gov. Jan Brewer has signed into law an important measure we initiated (HB 2625) pertaining to religious liberty. While there were many distortions from our opponents about this bill, HB 2625 simply exempts religious employers from being coerced by the government to pay for abortifacients and contraceptives in their insurance plans if doing so violates their faith.

“With the passage of HB 2625, Arizonans will now be better able to assert their rights by suing the federal government over the HHS contraceptive mandate, and if it is overturned, religious freedom in Arizona will be much better protected.

“The ACC is most grateful to Representative Debbie Lesko for sponsoring HB 2625 and her unwavering support in the face of the tremendous national attention garnered by the bill.

“In addition to HB 2625, a number of very substantial religious liberty and pro-life bills were also passed into law this session, including conscience protections for various professionals (SB 1365); a ban on abortions after 20 weeks of pregnancy (HB 2036); and a prohibition on any taxpayer funding passing through the state to abortion providers (HB 2800).

“Similarly, the ACC initiated another very important bill (SB 1009) that became law and is aimed at keeping abortion providers out of public and charter schools. Under SB 1009, any discussion of abortion during class time must present childbirth and adoption as the preferred options. The ACC is particularly thankful for the great efforts Senator Nancy Barto made in sponsoring this bill.”

Johnson’s post about the 2008 Arizona victory of an initiative to protect marriage shows how serious the commitment of Arizona’s bishops was.

2. The Catholic Conference of Illinois joined this year with other pro-family groups in promoting a protect marriage rally at the state capitol in Springfield. (This in spite of opposition to marriage by the governor and heavy anti-marriage majorities in both houses of the state legislature.) The following is from a January 17, 2013 message from the conference:

“The Illinois Family Institute is sponsoring a Lobby Day to Preserve Marriage on Wed., Feb. 20, 2013, at the state Capitol in Springfield. Show up at the Capitol rotunda at 10:30 a.m., and look for a table sponsored by IFI in a hallway off the rotunda, where you can pick up information on lobbying your lawmakers.”

A good example of how forthright a Catholic conference can be when dealing with politicians is a letter written by the Illinois conference to Governor Patrick Quinn in November, 2011:

“We hope that you can make time in your schedule so that we might speak together about several topics, the first being your personal approval of laws permitting the killing of unborn children. Many of the citizens of Illinois recognize the biological fact that abortion kills an unborn child. Consequently, many find themselves disturbed about laws that fail to defend any human being before birth. The Catholic Church has taught for two thousand years that abortion is, in the words of the Second Vatican Council, ‘a heinous crime.'”

Or even better the sharp criticism by the Illinois conference in that same month of the governor’s awarding of a Pro-Choice Leadership Award:

“We deeply regret the governor’s decision to present this award, which so closely associates him with a political action group whose purpose is contrary to the common good,” the six bishops said in a Nov. 2 statement released by the Catholic Conference of Illinois.

“With this action, Governor Quinn has gone beyond a political alignment with those supporting the legal right to kill children in their mothers’ wombs, to rewarding those deemed most successful in this terrible work.”

4. Michigan’s Catholic conference makes it clear what its legislative priorities are for the 2013-2014 legislative session:

From a February 4 press release: “Policies that protect the ability for faith based organizations to serve the general public in that organization’s faith tradition should be recognized by state law Michigan Catholic Conference stated today in announcing its advocacy priorities for the 2013-14 legislative session. In addition to protecting constitutional religious liberty rights for faith based entities, especially in health care and child placement, Michigan Catholic Conference will also continue to support legislation that excludes abortion coverage in health care plans and any federal/state health care exchange created through the Patient Protection and Affordable Care Act (PPACA).”

5. Even in liberal New York, the Catholic conference is staunch in its opposition to the pro-abortion agenda.

Re: The Abortion Expansion Bill
“In relation to revising existing provisions of law regarding abortions”

The above-referenced legislation may come before you as a stand-alone bill (such as S.438, Stewart-Cousins) or may be re-packaged into a multi-point “women’s agenda” as advocated by Governor Andrew Cuomo in his 2013 State of the State message. We strongly urge you to oppose this abortion expansion plan, in whatever form it may take. It is unnecessary, extreme and dangerous. For the reasons outlined below, the New York State Catholic Conference strongly opposes this legislation and urges that it be defeated.

This legislation… does not simply “update” New York law or codify Roe vs. Wade. It would usher in extreme and sweeping changes to abortion policy in New York State.  More 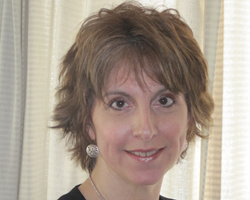 “The post-election suggestion by some in the Republican Party that the GOP pro-life plank be dropped from the platform is more than misguided… it’s just plain wrong. All pro-life politicians, whether Republican or Democrat, need to stay the course; to continue to walk the pro-life walk. Their votes are critical to changing policies and saving lives.”

California state senator Joel Anderson, a solid pro-life leader and a leader in fighting abortion funding, has served a pivotal role in the state assembly and now in the state senate. Anderson, a faithful, practicing Catholic, will not allow California Catholic Conference staff in his office because of the conference’s indifference and even hostility to pro-life and family issues and leaders.

Brian Johnston has been the director of the California ProLife Council for more than twenty-five years. The California ProLife Council is the state arm of National Right to Life with offices in Sacramento. Johnston is an international expert on end-of-life issues and the author of Death as a Salesman. Johnston has clashed with Ned Dolejsi repeatedly on the issues of nutrition and hydration of comatose patients at the end of life. Johnston says the current staff of the California Catholic Conference should be fired.

To read previous parts of this series, click below:

Part 1: the years before

Part 3: a layman takes over