Bishop to ordain 15 new permanent deacons for Diocese of Orange 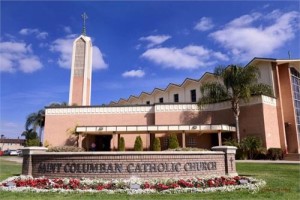 The following comes from an October 7 Diocese of Orange press release:

The Most Rev. Kevin Vann, Bishop of Orange, will ordain 15 new deacons to serve the Roman Catholic Diocese of Orange during a Mass of Ordination at St. Columban Church in Garden Grove (10801 Stanford Ave), October 17, 2015 at 10 a.m.

The Order of Deacon was restored by Pope Paul VI on the feast of St. Ephrem, the Deacon, June 19, 1967, in accordance with the will of the Second Vatican Council. The United States Catholic Bishops Conference (USCCB) reinstituted the permanent diaconate in 1968 following the Pope’s decree. Since that time the number of deacons has quickly grown from around 800 in 1975 more than 18,000 in 2012 according the Center for Applied Research in the Apostolate, Georgetown University.
Candidates to be ordained: