Baptize but be discreet 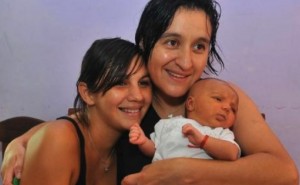 The following comes from a June 29 posting by Msgr. Charles Pope on the website of the Washington D.C. archdiocese.

There has been some interesting coverage in the news recently regarding the Church’s stance on baptizing children conceived or reared in irregular situations.

In recent decades there has been an explosion in the number of children conceived and born outside of Holy Matrimony. The general approach of the Church has been to baptize these children as long as there is no evidence of an ongoing rejection of the Church teaching that sexual intimacy is reserved for marriage. While people may have fallen in weakness, the presumption was that they at least accepted the norm and were going to try to live by it.

If the “couple” in question were living together outside of marriage, the baptism was handled discreetly and the couple was counseled to cease fornication.

It is not certain that every pastor admonished couples as he should but this was (and is) the general policy.

Enter the new and ever more frequent problem of same sex “couples” presenting a child for baptism, and now the stakes get higher. Why? Because of the visibility of the sin involved. At the baptism ceremony, one can at least presume that a single mother has repented of fornication. But it is hard to presume that a homosexual “couple” living together openly, in a culture that has suddenly decided to “celebrate” their “lifestyle,” is making a similar admission of the wrongness of their past behavior. It is also difficult to presume that many who attend the baptism have clarity on the aberrance of homosexual acts.

Thus the Church finds herself in a deeper quandary regarding how to baptize children being brought up in irregular situations that are far more public, situations that bespeak acceptance and even celebration of something the Church must oppose.

Discretion is the operative word. We still have every reason try to baptize children in these irregular situations; after all, it is not the fault of the child. However we must balance the common good of avoiding scandal with the individual good of each child by seeking to handle these baptisms discreetly, giving no opportunity for public confusion regarding what we must reasonably and biblically oppose (same-sex unions).

Here are some excerpts from an article that was in the Washington Post this past Saturday along with my comments in [underlined] text. (The full text of the article is here: New Battleground?.)

… [But a] new debate was prompted by the emergence of a memo—first reported by the Wisconsin State Journal—that was sent in early May to priests of the Madison Diocese by the top aide to Bishop Robert Morlino. In the memo, the vicar general of the diocese, Monsignor James Bartylla, says there are “a plethora of difficulties, challenges, and considerations associated with these unnatural unions (including scandal) linked with the baptism of a child, and such considerations touch upon theology, canon law, pastoral approach, liturgical adaptation, and sacramental recording.”

Yes, they are unnatural unions and present a host of difficulties to us. Even in the “single mother” scenarios that have recently troubled us, comes the listing of a “father” who is often absent or sometimes even unknown. I have often had to struggle with a woman who either did not want to disclose the father or did not even know who the father was.  There is always the option of writing Pater ignotus (father unknown) in the baptismal register, but it is generally desirable to indicate the biological father if he can be known. But at least the mother was known. Members of so called “gay” couples do not fit on either line. Which do we list? Who is the father? Who is the mother? It’s a mess. Further, the rites call for a blessing for mother and father. What do we do? What do we say? Its a mess, a big mess.

Bartylla says that pastors must now coordinate any decision on baptizing the children of gay couples with his office and that “each case must be evaluated individually.” And this makes sense. When you’ve got a mess, and this is a real mess, it makes sense to adopt a uniform policy. If there are 100+ parishes in a diocese, there should not be 100+ policies in a matter as serious as this. The Bishop, who is chief legislator and liturgist, ought to set the norms.

A spokesman for the Madison Diocese, Brent King, said … “We want everyone to receive this most important sacrament, and we are dealing with this sensitive matter prudently, for the child’s sake and the integrity of this most sacred sacrament,” wrote King. Yes, we want to baptize every child we can. This mess is not their fault. But we have to do so in ways that protect  the common good by avoid scandal and confusion….”