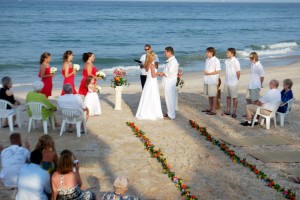 The following comes from a July 28 story on Patheos.com.

Long-time GetReligion readers, do you remember that typology that a wise, older priest — a veteran of life inside the DC Beltway — gave me a few years ago that proposed that there are essentially four kinds of American Catholic voters?

* Ex-Catholics. Solid for the Democrats. GOP has no chance (unless these ex-Catholics have converted, as many have, to conservative Protestant flocks)

* Cultural Catholics who may go to church a few times a year. This may be an undecided voter — check out that classic Atlantic Monthly tribes of American religion piece — depending on what is happening with the economy, foreign policy, etc. Leans to Democrats.

* Sunday-morning American Catholics. This voter is a regular in the pew and may even play some leadership role in the parish. This is the Catholic voter that is really up for grabs, the true swing voter that the candidates are after.

* The “sweats the details” Catholic who goes to confession. Is active in the full sacramental life of the parish and almost always backs the Vatican on matters of faith and practice. This is where the GOP has made its big gains in recent decades, but this is a very small slice of the American Catholic pie.

Now, I know that this will be hard, but try to strip the political content out of that typology (note, if you will, that I did not click the “politics” box in the categories list). Focus on the issues of religious discipline and practice of the ancient sacraments of an ancient church.

Think about the sacrament of marriage.

If journalists — on the Godbeat or otherwise — needed more evidence that there are multiple American Catholic churches at the moment, all they need to do is dig into the following piece from The Atlantic Monthly that focuses on a crucial piece of demographics and, thus, doctrine.

The headline is bland, from the point of view of most journalists:

The Spiritual Significance of a Traditional Church Wedding

But the opening of the piece gets down to business really quick:

It’s an iconic image: the white dress, the church bells, the priest, the traditional vows repeated by an earnest, fresh-faced couple. Many elements of the archetypical American wedding echo the formality and traditions of the country’s largest single religious tradition, Roman Catholicism. But Catholic weddings themselves are becoming rarer and rarer.

In 1970, there were roughly 426,000 Catholic weddings, accounting for 20 percent of all marriages in the United States that year. Beginning in 1970, however, Catholic marriages went into decades of steady decline, until the turn of the new century—when that decline started to become precipitous: Between 2000 and 2012, Church weddings dropped by 40 percent, according to new data from the Official Catholic Directory. Given other demographic trends in the denomination, this pattern is question-raising: As of 2012, there were an estimated 76.7 million Catholics in the United States, a number that has been growing for at least four decades.

This article asks a logical question:

If there are so many American Catholics, why aren’t they getting married?

… (E)ven though marriage has been a major reason why adults have joined the Church in the past, it’s becoming less so. Between 2000 and 2012, adult baptisms declined by nearly 50 percent, which, Gray said, probably has something to do with the declining rates of marriage.

So why are couples choosing to get married outside of the Church? For one thing, there might be a lack of awareness about the specific doctrinal importance the Church places on marriage. “More people are choosing to get married in country clubs and at the beach,” said Gray. “A lot of people are unaware of the importance of marriage and the place it has in Church sacramental life … Younger Catholics are probably not going to have a deep awareness about the sacrament of marriage, even if they self-identify as Catholic and [have] religious beliefs.”

So we are talking primarily about Catholics in camps one and two, right? We might even be talking about children of families in camp three. Why?

There is one big word missing from this piece. Right, I mean other than that nasty old word “sin.”

It is true that today’s average marrying age in America happens to coincide with a time of life when people have historically been less religiously active: the transition period between moving out of your parents’ house and starting a household of your own. Since that transition period between moving out and getting married is getting longer, it makes sense that young people are spending more time away from church. And in the past, a lot of people who stopped attending church during this time eventually went back. …

(I)t’s entirely possible that today’s young non-church-goers might return to the pews in a few years, just as their hippy parents did before them. But it’s also possible that beach weddings are an early sign of a generational shift among religious Americans, with more and more people finding meaning beyond the walls and words of a church….