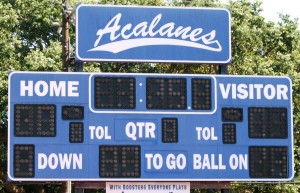 During the first week of October I was informed by a mother, that her daughter’s high school freshman class of students at Acalanes High would, between October 6-10, be subjected to a week-long presentation of sexual health services, events and activities, during their PE classes by Planned Parenthood.

The mother’s several attempts to obtain information about these classes either from the PE teacher who invited Planned Parenthood into the classes or the high school principal were met with obstruction, paternalistic behavior, and obstructionism.

The parents took their daughter out of the PE class for that period of time and instructed her in health matters at home basing their instruction on the state education health code requirements..  The mother said that she was able to instruct her daughter thoroughly in one class time frame. She wonders why Planned Parenthood felt it needed a week.

As a result of this the parents and a other parents will be appearing before the Acalanes High School governing board’s November 5 meeting to demand that this event be put on the next meeting’s agenda.

They will be demanding that all the high schools in the Acalanes district (Lafayette CA– about 15 miles east of Oakland) – Acalanes, Las Lomas, Campolindo and Miramonte) put a moratorium on any appearance of Planned Parenthood in the schools until this issue is settled. Since then several things have come to light.

Considerations #2 and #3 fly in the face of recent newspaper notices that the governing board recently sued the taxpaying citizens of the school district to wrestle more money out of the residents for so-called academic and scholastic needs.

An Opt-out form had, so the PE teacher claims, been sent to parents two weeks prior to the class. However, this was a general opt-out form such as those passed out at the beginning of school, carrying no details as to what Planned Parenthood would be discussing with students.

After several requests from the mother, the PE teacher admitted that, very likely, Planned Parenthood would be discussing the use of and procurement of condoms, making referrals to Planned Parenthood external offices, discussing alternate life styles and all pertinent minors reproductive rights issues.

Please attend the next board meeting or communicate with letters and phone calls to the governing board.

Holy Names U. in Oakland to closeStudents can transfer to Dominican in San Rafael

Holy Names U. in Oakland to close
Students can transfer to Dominican in San Rafael