From April 8-10, the El Retiro San Iñigo Jesuit Retreat Center in Los Altos, California will host a retreat called “Feed my sheep: LGBT Lives and Call to Service.” The El Retiro website describes it as “an affirming weekend retreat for the LGBT community affording us an opportunity to relax and reflect on the Easter scriptures.”  The retreat will be led by Fr. Michael Zampelli, SJ, Dr. Sheila Nelson, and Mr. Gregory Dale Schultz, a trio whose histories suggest that whatever is being affirmed won’t be the Catholic faith.

Fr. Zampelli, an open homosexual, is the Rector of the Jesuit community at Santa Clara University. He is a long-time and dedicated homosexual activist who has appeared in the pages of CalCatholic as far back as 2010 and as recently as last month. His biographical page on the Santa Clara University website includes: “Currently, Father Zampelli is working on papers exploring Jesuit performance dynamics, Jesuit attitudes toward the professional theatre, and the theatre’s spiritual functions—particularly in the lives of LGBT people and those consistently marginalized by 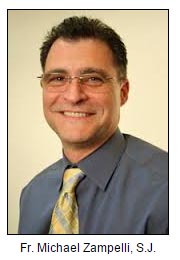 mainstream religions.” A 2010 biography of Fr. Zampelli on the Catholic Association for Gay and Lesbian Ministry reads “Father Zampelli is the Paul L. Locatelli University Professor at Santa Clara University in the Department of Theatre and Dance where he has been teaching since 1998. A theatre historian and director, Michael has been very active in pastoral ministry to LGBTQ Catholics in the Diocese of San José (SCU and the Emmaus Community) and with Dignity/San Francisco. Michael has been a Jesuit since 1982 and was ordained to the priesthood in 1993. Currently, he serves [Catholic Association for Gay and Lesbian Ministry] as treasurer.” Fr. Zampelli has celebrated Masses in San Francisco for DignitySF. In 2006, the homosexualist Bay Area Reporter reported that Fr. Zampelli had received an award from DignitySF as a person “who (has) served the local Dignity chapter.” Because of their heretical position on homosexuality, DignitySF is not allowed to meet on any property owned by the Archdiocesan of San Francisco. 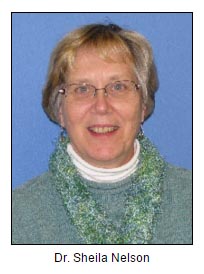 Like Fr. Zampelli, Dr. Sheila Nelson is a board member of the Catholic Association for Lesbian and Gay Ministries. According to their website, she is also the organization’s vice-president. On June 25, 2012, the National Catholic Reporter had an article on the efforts of Bishop Salvatore Cordileone (then bishop of the Diocese of Oakland) to ensure that the group, based in Oakland, agree to be faithful to Catholic teaching on homosexuality. The National Catholic Reporter wrote that “in an April 12 letter to the association’s board, Cordileone stated he would ‘take public action to clarify the status of [the Catholic Association for Lesbian and Gay Ministries] with regard to authentic Catholic ministry’ should they refuse to take an oath that requested that each member ‘strive to clearly present Catholic doctrine on homosexuality in its fullness’ and ‘profess personally to hold and believe, and practice all that the holy Catholic church teaches, believes and proclaims to be true, whether from the natural moral law or by way revelation from God through Scripture and tradition.’”

The National Catholic Reporter article also reported that Dr. Nelson, speaking for the Catholic Association for Lesbian and Gay Ministries, refused: “The board has twice rejected the bishop’s request. ‘That you would require such an unprecedented and extensive manifestation of our consciences suggests to us that, irrespective of our pastoral effectiveness, you wish to force an end to these, admittedly difficult, conversations. You will not be receiving any signed oaths from the Board members,’ Nelson wrote in a March 29 letter, the first informing the bishop of their decision.” 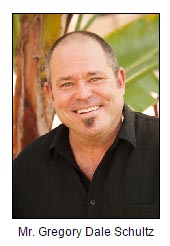 The retreat’s third leader, Mr. Gregory Dale Schultz is the director of Campus Liturgy at Santa Clara University. The “Homosexuality and Catholicism” blog, created by students at Santa Clara, describes Mr. Schultz as “openly homosexual.” On March 17, 2007 The Santa Clara, the newspaper of Santa Clara University, had an article on a symposium called “Feminism, Sexuality and the Return of Religion.” The article began “Fifty students, faculty and community members attended the student-run ‘Feminism, Sexuality and the Return of Religion’ symposium Saturday, engaging in a dialogue that challenged attendees to reflect on how controversial issues impact their daily lives as participants in a Catholic university. The article then quoted Director of Campus Liturgy Schultz: “’I see no reason why women should be excluded from the ministry,’ said Director of Campus Liturgy Greg Schultz, who served as one of four panelists during the event.” Since women can be and are involved in the liturgical ministries of music, as lectors, and as Extraordinary Ministers of the Eucharist, all that Mr. Schultz can possibly be objecting to is the fact that women cannot serve as priests or deacons. The article continued: “Santa Clara’s recent annual Drag Show, put on by GASPED and the Gay and Lesbian Alliance promoted awareness of sexual and cultural issues on campus. This event, as well as the March performance of the Vagina Monologues, can function as a catalyst for discussion, said Schultz. In his 12 years on campus, Schultz said he has seen signs of hope that queer awareness has evolved, especially through the efforts of GASPED and the Gay and Lesbian Alliance, but said he believes it is essential to take the next step and integrate these issues into the classroom.”

The retreat was publicized in “The Bridge” an in-house newsletter of the Archdiocese of San Francisco.