ACLU files lawsuit to force Catholic hospitals to do abortions 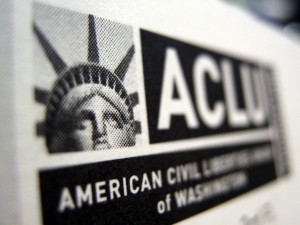 The following comes from an October 2 LifeNews article by Sarah Zagorski:

On October 1, the American Civil Liberties Union sued Trinity Health Corporation for refusing to perform abortions on women whose unborn babies were supposedly near death.

In a federal lawsuit against Trinity, which is one of the largest Catholic health systems in the country, the ACLU explained that their doctors refused to perform abortions on five women who suffered preterm, premature rupture of membranes. This complication arises when the amniotic sac breaks and leaves no fluid around the unborn child.

Sarah Prager, an associate professor of obstetrics and gynecology at the University of Washington, said the condition almost always results in fetal death. She said, “This is a situation where there is virtually no chance that the fetus will survive. The miscarriage has started. It just hasn’t completed.”

USA Today reports that Trinity believes the case has no merit. In a statement, they said, “A federal court already dismissed a similar ACLU claim, and we will seek dismissal of this suit for the same reason. The Ethical and Religious Directives are entirely consistent with high-quality health care, and our clinicians continue to provide superb care throughout the communities we serve.”

However, the ACLU argued that Trinity violated the Emergency Medical Treatment and Active Labor Act (EMTALA) by failing to stabilize the women’s medical conditions. ACLU attorney Alexa Kolbi-Molinas said, “Patient welfare must be the No. 1 concern of health care professionals. Every pregnant woman who enters an emergency room should be guaranteed that she will get the care she needs, and should not have to worry that she won’t get appropriate care because of the hospital’s religious affiliation.”

As LifeNews previously reported, the ACLU has been big advocates for abortion and forcing Catholic hospitals to perform them even though it’s against their religious beliefs. In fact, the ACLU of Michigan recently lost a lawsuit where they were trying to force Catholic and other religiously affiliated hospitals to do abortions in cases where the mother’s life is supposedly in danger. The judge involved in the case, Robert Holmes Bell, dismissed it and said that Michigan federal courts had no jurisdiction over the bishops conference policy directive and had no business interfering with their religious doctorial decisions.