Abortions down in U.S. 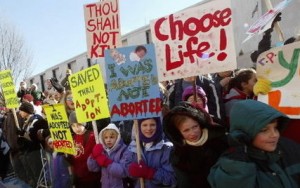 The following comes from a Nov. 28 story in the Washington Examiner.

Exactly 18 percent of all pregnancies ended in abortion, for a total of 730,322, with most to unmarried women, according to a new report from the Centers for Disease Control and Prevention.

But that is good news, the agency added, because it was an “historic low.”

The latest figures are from 2011 and show a downward overall trend in abortions since 2002, especially among younger women. But the numbers are up among women 25 and older, with a big jump among women over 40, said CDC.

What’s more, 10 women died as a result of having “legal induced abortions,” said the CDC.

The report is titled “Abortion Surveillance — United States, 2011,” and was released Friday.

The good news was in the lower rates of abortion among women aged 15-24. CDC said that abortion rates were down and it suggested that education and birth control were key factors.

“Providing women and men with the knowledge and resources necessary to make decisions about their sexual behavior and use of contraception can help them avoid unintended pregnancies,” said the CDC report.

But it still found that 85 percent of abortions in 2011 were due to unintended pregnancy from unprotected sex. The agency called for greater birth control. “Unintended pregnancy is the major contributor to abortion. Because unintended pregnancies are rare among women who use the most effective methods of contraception, increasing access to and use of these methods can help further reduce the number of abortions performed in the United States. The data in this report can help program planners and policy makers identify groups of women at greatest risk for unintended pregnancy and help guide and evaluate prevention efforts,” said the CDC.

Overall, however, abortion rates were at their lowest. “Large decreases in the total number, rate, and ratio of reported abortions from 2010 to 2011, in combination with decreases that occurred during 2008-2010, resulted in historic lows for all three measures of abortion,” said the CDC.