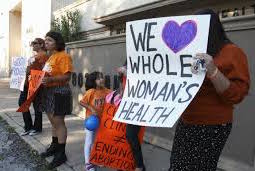 The following comes from a Dec. 11 email sent out by the Congressional Pro-Life Caucus.

The bill is expected to be approved by the Senate in the next few days. Midnight tonight is the deadline for funding the government, so the House also passed a 2 day Continuing Resolution that allows current spending to continue in order to give the Senate time to take up H.R. 83.

Pro-life groups may be interested in the following key aspects of the bill:

Background: In August, the California Department of Managed Health Care Issued a mandate requiring insurance issuers to immediately insert surgical and RU-486 abortion coverage into their plans, even if plan sponsors (e.g. employers providing health insurance) had previously stipulated that the plan would exclude abortion.

This is a violation of the decade old Weldon amendment which is included in the Labor, Health and Human Services Appropriations bill every year.  The only recourse  for victims seeking protection under the Weldon amendment is to file a complaint with the Office for Civil Rights at the Department of Health and Human Services.  Victims of the California abortion mandate (including pro-life churches who are now being forced to cover abortion on demand in their health plans) have filed complaints with the Office for Civil Rights.  Despite complaints being filed, the Weldon amendment has not been enforced and the violation is ongoing.

Notable Language: Because the administration has failed to enforce the Weldon amendment, pro-life leaders have pressed for enactment of the Abortion NonDiscrimination Act which would make the Weldon amendment permanent and offer judicial recourse for victims impacted by the violation.  [The act] was not included in the CROmnibus.  However, the Explanatory Statement contains language noting the complaints and directing the Secretary to take action.  This is a step toward obtaining relief for the victims of the California mandate and warning other states considering similar action that Congress takes the Weldon amendment seriously.

The Explanatory Statement reads: Healthcare Provider Complaints. Legislation appropriating funding for the Department of Health and Human Services has carried a general provision relating to health care providers since fiscal year 2005 (Division H, Section 507(d) of Public Law 113-76). Complaints regarding reported violations of these provisions have been filed with the Office for Civil Rights at the Department of Health and Human Services. The Secretary is directed to respond to these complaints expeditiously in accordance with final rule 45 CFR Part 88 published in Federal Register Vol. 76 No. 36.

–          Affordable Care Act Abortion Transparency:  As demonstrated in a recent report by the Government Accountability Office and outlined by pro-life researchers at the Family Research Council and Charlotte Lozier Institute (see ObamacareAbortion.com), it is nearly impossible for consumers to reliably determine whether the plans they are considering include abortion on demand. The Explanatory Statement accompanying the CROmnibus notes the lack of transparency and directs the Secretary of Health and Human Services to ensure greater transparency prior to plan purchase.

The Explanatory Statement reads: Transparency in Health Plans.—The agreement directs the secretary to provide additional clarification to qualified health plans, based upon relevant and related GAO findings, to ensure greater consistency and full transparency of coverage options included in health insurance plans prior to plan purchase in the marketplace enrollment process.  The agreement requests a timeline for such clarifying guidance to be submitted to the House and Senate Committees on Appropriations within 30 days after enactment of this act.

–          All current pro-life limitation amendments (or riders) are retained. However, the prohibition on abortion funding in the Peace Corps has been modified to contain an exception for cases of rape, incest or to save the life of the mother.